The Ekrin 365 is the mid-range model of the brand. The Ekrin B37 was the high-end device until it was surpassed by the new B37s. Visually, the 365 and the B37 hardly differ at first glance. Only the color seems different.
But what about functionality, usability, quality, and so on? I’ll tell you in this comparison of the two massage guns. To do this, I bought both massagers and tested them extensively.

In the comparison table above, I have already listed the scope of delivery of both massage guns. I will refrain from doing so here.

As you can see from the list, both devices come with about the same accessories. There are only two important differences:

Overall, the attachments of the 365 and the B37 are also shaped slightly differently. I like them a bit better on the Ekrin 365. But that is purely a question of personal preference.

The two massagers accordingly do not differ much overall in this category. 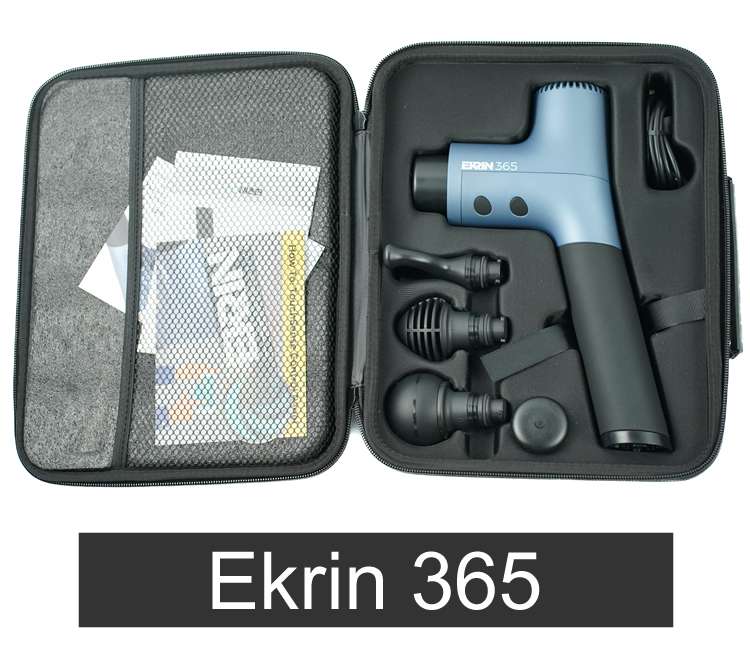 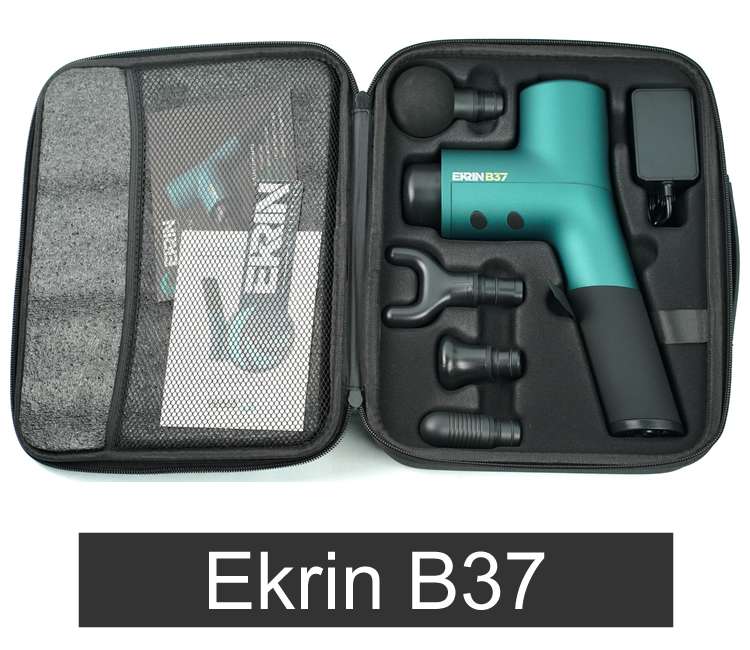 Both massage guns have a powerful motor and an amplitude of 12 mm. This allows the deep tissue to be massaged effortlessly. However, the motor of the B37 is slightly stronger and reaches a stall force of up to 56 lbs. With the Ekrin 365, the motor only manages up to 40 lbs.

There are also differences in the number of speed levels. The 365 has four levels:

The B37, on the other hand, has these five levels:

As you can see, the Ekrin B37 not only has one more speed level. It also covers a broader range of impact frequencies. Thus, it is much less intense on the first two stages. This makes it especially suitable for beginners.

The Ekrin 365 already starts with a comparatively intense massage on the first level. This may be too intense for first-time users.

On the upper levels, the massage pistols hardly have anything in common regarding intensity. Both deliver a very intense massage here. This makes them ideally suited for runners, bodybuilders, and other (hobby) athletes. 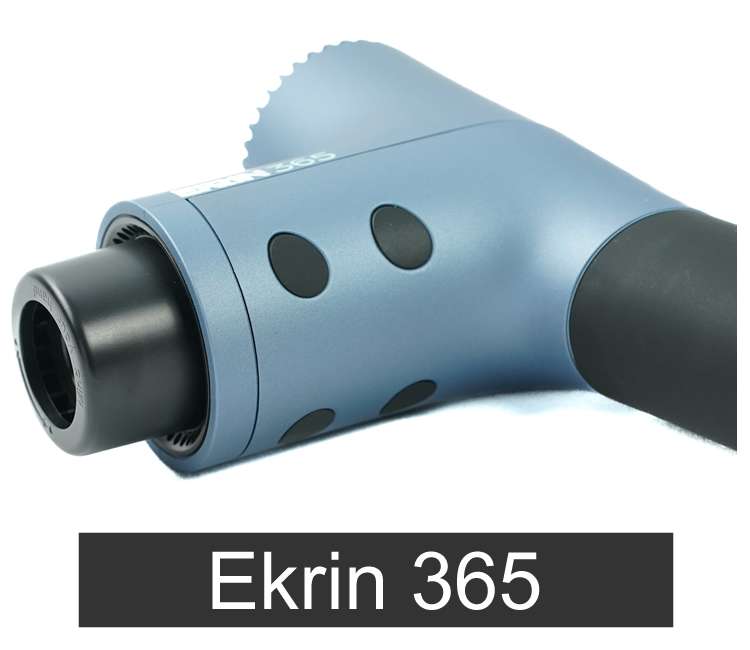 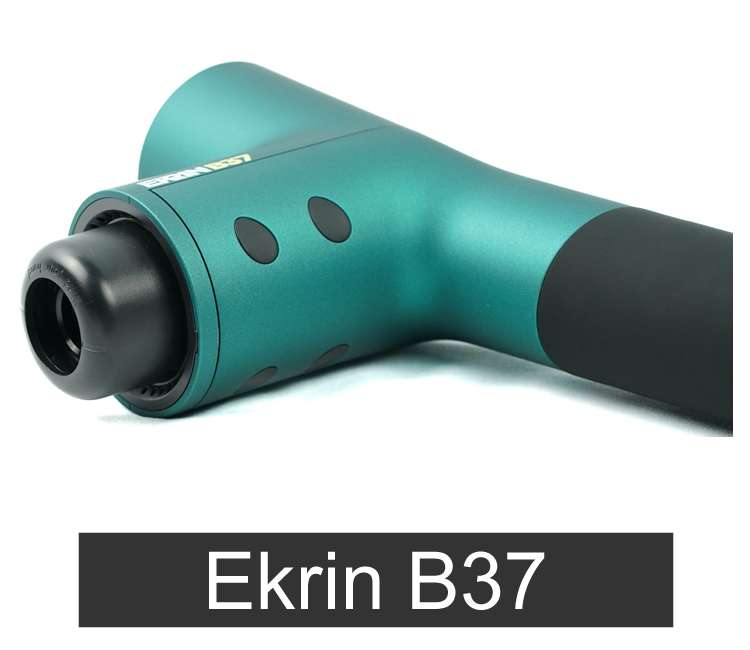 To use the Ekrin 365, you must first turn on a switch on the bottom of the handle. This is not necessary with the Ekrin B37. Apart from that, the usability is almost identical:

The individual speed levels are each switched through by pressing the button / touch surface again.

With the Ekrin 365, the motor switches off after the last level. With the Ekrin B37, the button must be held down again to switch it off.

Both massage guns are, therefore, very easy to use! 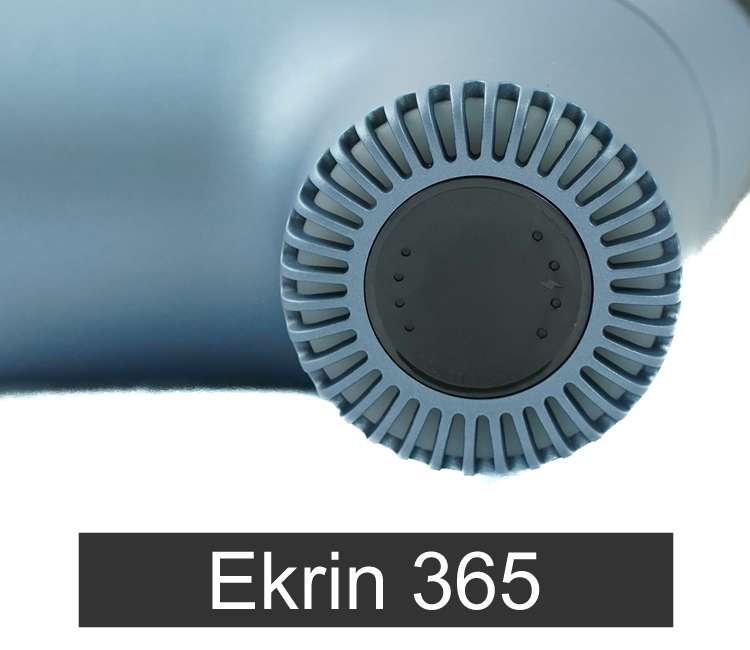 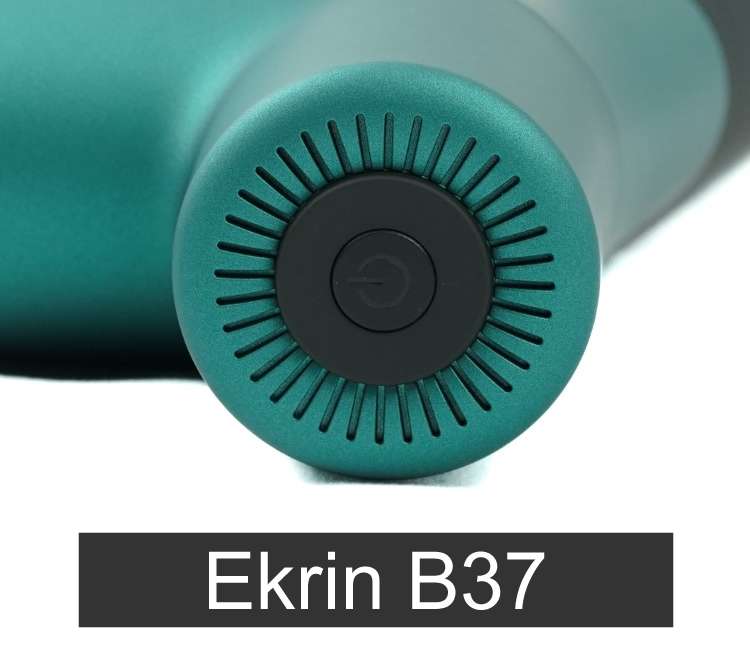 The handling of both devices is at a very high level. This is mainly due to the long, narrow handles. They are easy to grasp and hold. They also allow self-massage of rather hard-to-reach areas.

Nevertheless, the Ekrin 365 has a small advantage over the B37 here. This is due to the following reasons: 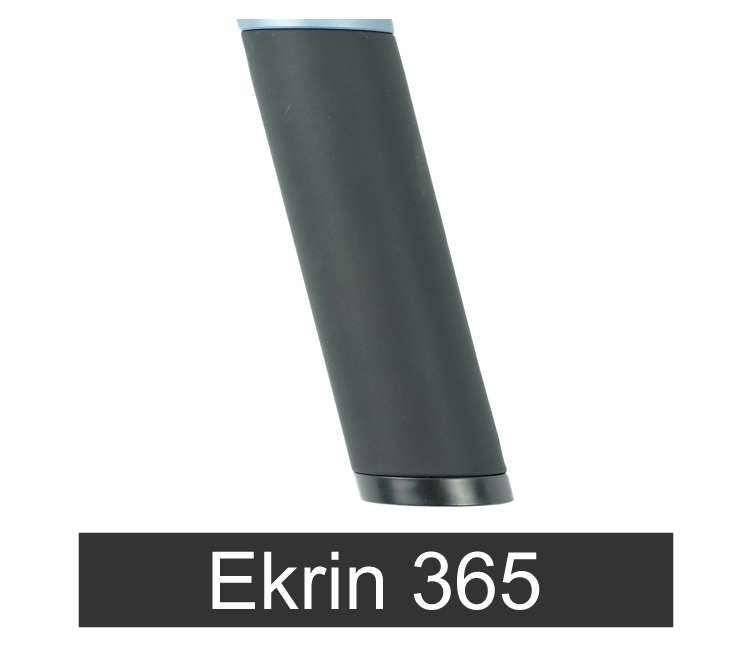 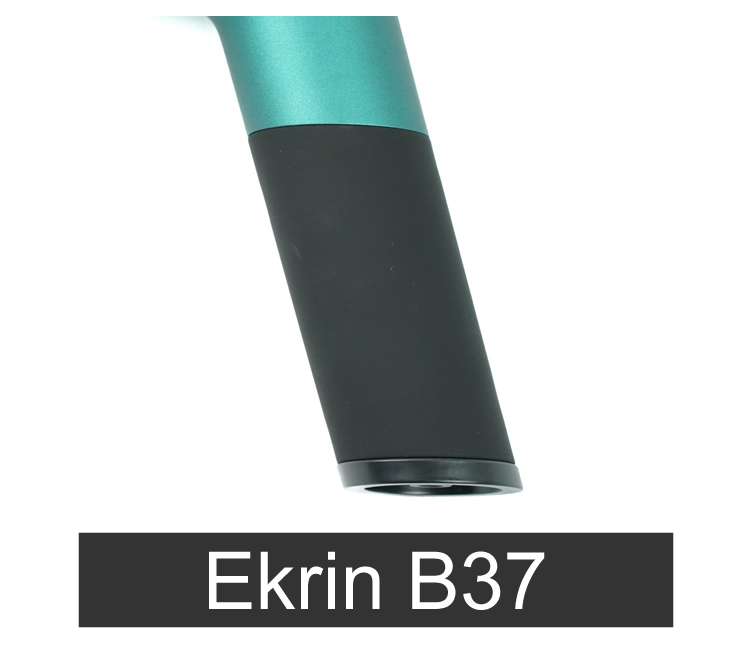 Nevertheless, the battery life is about the same (4 to 5 hours in the 365 and 4 to 6 hours in the B37). This is primarily due to the slightly weaker motor in the Ekrin 365. In any case, both values are very good.

Charging also works very well in both cases. This is especially true for charging at the wall socket. It takes a bit longer if the 365 is only charged via USB.

Four small lights indicate the battery status in both massagers. This is quite accurate: 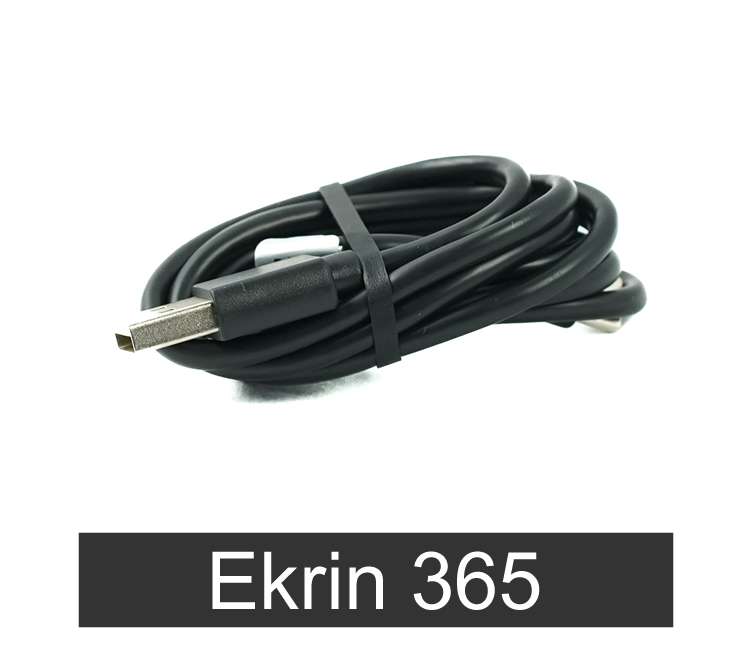 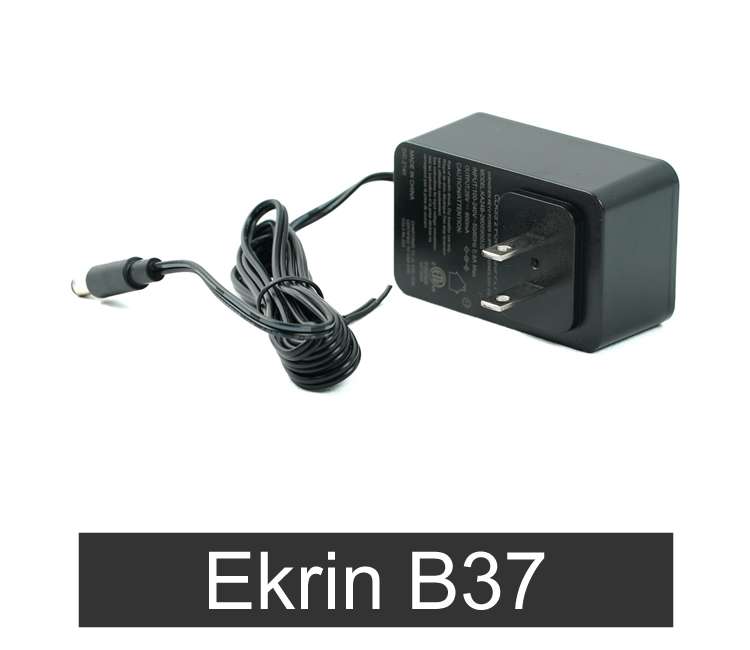 For the comparison, I took a volume measurement for both massage guns from a distance of 40 cm.

I obtained these values for the Ekrin 365:

For the Ekrin B37, on the other hand, I was able to measure the following volume:

Accordingly, both Ekrin massage guns are in a good range in terms of volume. This is especially true for the lower levels. Only at the upper speed level are both very loud. The B37 is quieter at low impact frequency as well as louder at higher speeds. Since this balances out, I see both massagers on the same level here.

There are no clear differences between the two massage guns in this category either. In terms of material, Ekrin has chosen plastic for both the 365 and the B37. Nevertheless, the devices look very sturdy and durable. The workmanship is also on the same, very high level for both. 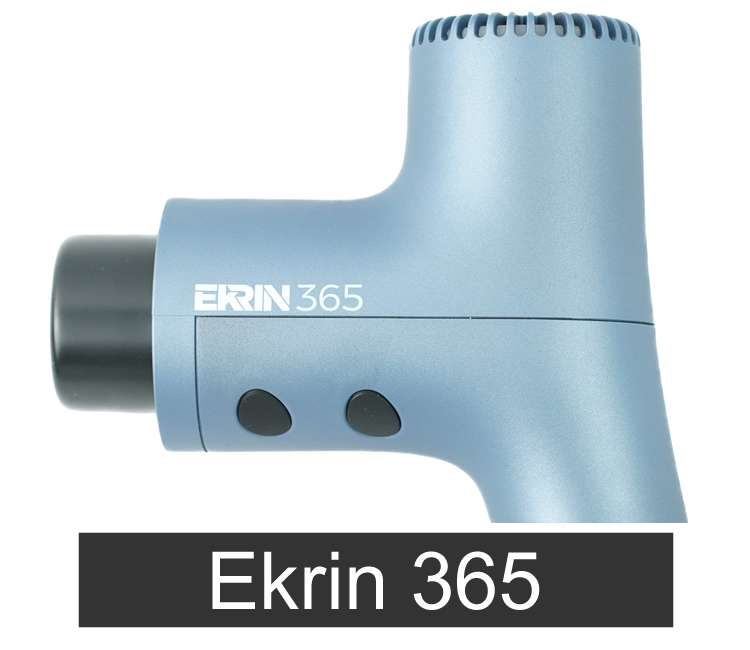 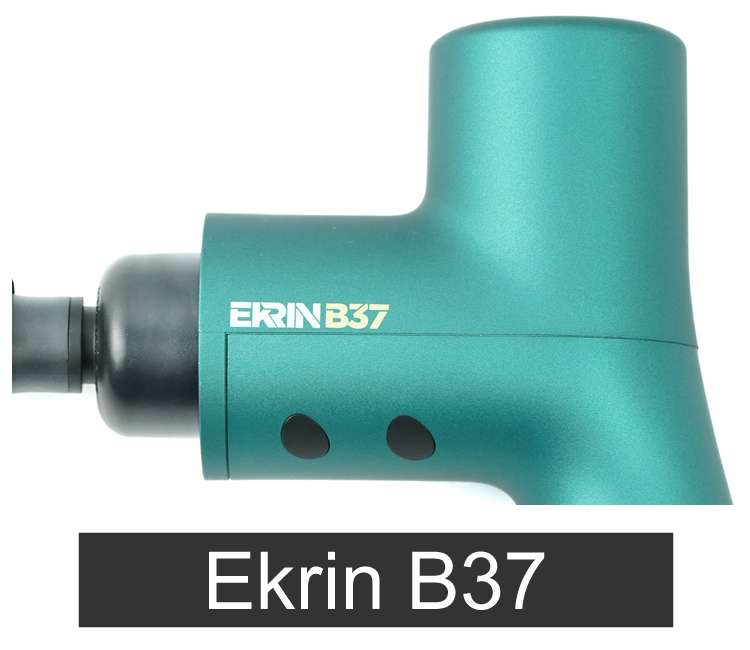 If there is a difference, it is in the smell. The Ekrin 365 simply smells “new”. I could detect a slight rubber smell on the handle of the Ekrin B37. However, this quickly disappeared.

However, the Ekrin 365 only has a narrow advantage here.

So the Ekrin 365 is significantly cheaper after all. However, it could achieve similar results in the rest of the categories. Purely considering the price, I would therefore opt for the Ekrin 365.

However, the price-performance ratio is “Good” to “Very Good” for both massage guns.

Both the Ekrin 365 and the Ekrin B37 are first-class massage guns. They both have an amplitude of 12 mm and a powerful motor. At the same time, the massage guns are very easy to use. On the other hand, there are only a few small differences. These can almost be counted on one hand:

I can therefore recommend both devices equally. Whether the Ekrin 365 or the B37 is more suitable for you, you must decide based on the features. 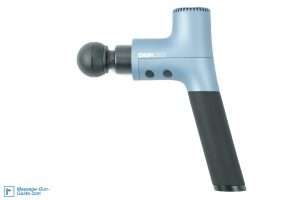 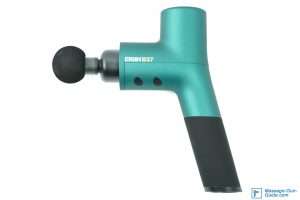 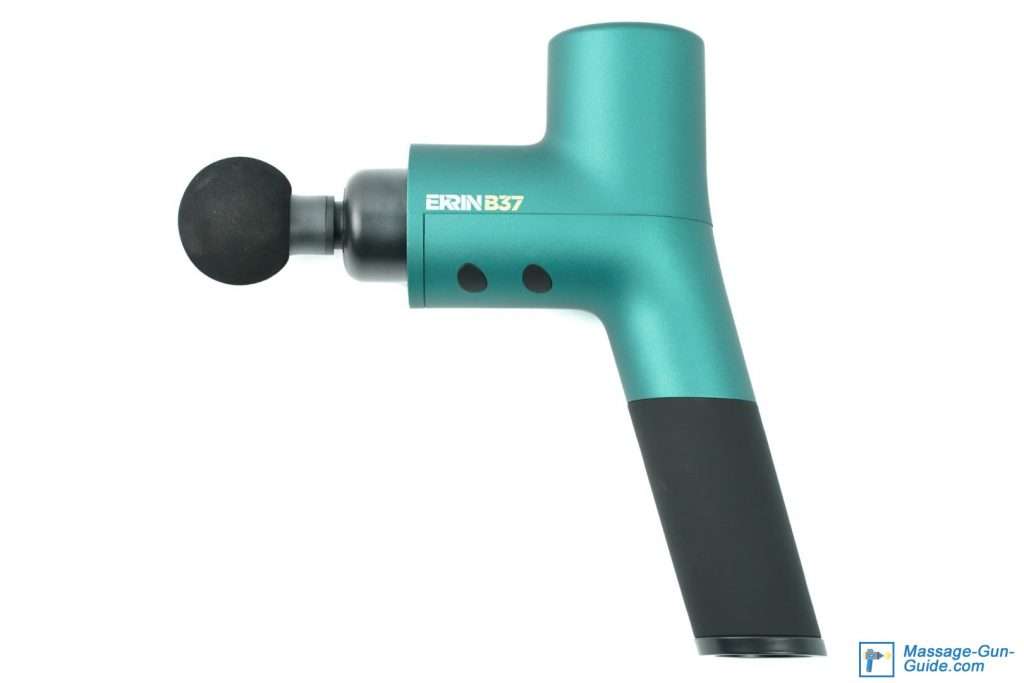 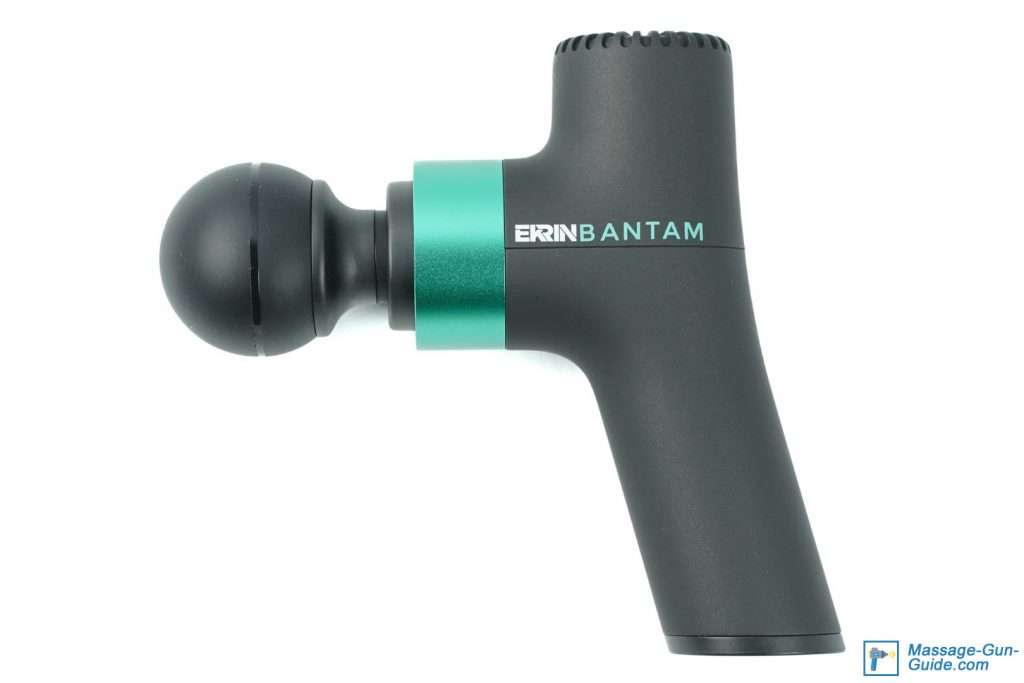