The Theragun Elite and Theragun Pro are the two top-of-the-line massage guns from Therabody. If you can’t decide between the two devices, you’ve come to the right place. I will compare the Elite and the Pro in this article. In doing so, I will show their differences as well as similarities.

I will also tell you if it is worth spending more money and buying the Theragun Pro or if the Theragun Elite can actually do the same for a lower price. In doing so, I don’t just use data from the manufacturer. Instead, I have tested both massage guns myself so that I can report here from my own experiences.

I have shown you the scope of delivery in the comparison table above. There are clear differences between the Elite and the Pro. On the one hand, the differences concern the attachments. The Theragun Pro comes with one more attachment, the SuperSoft attachment for particularly sensitive areas.

On the other hand, the Pro comes with a replacement battery and a charging station. Since the battery in the Theragun Elite is not replaceable, the scope of delivery only includes a charging cable with a power supply. The battery is already integrated directly into the massage gun. 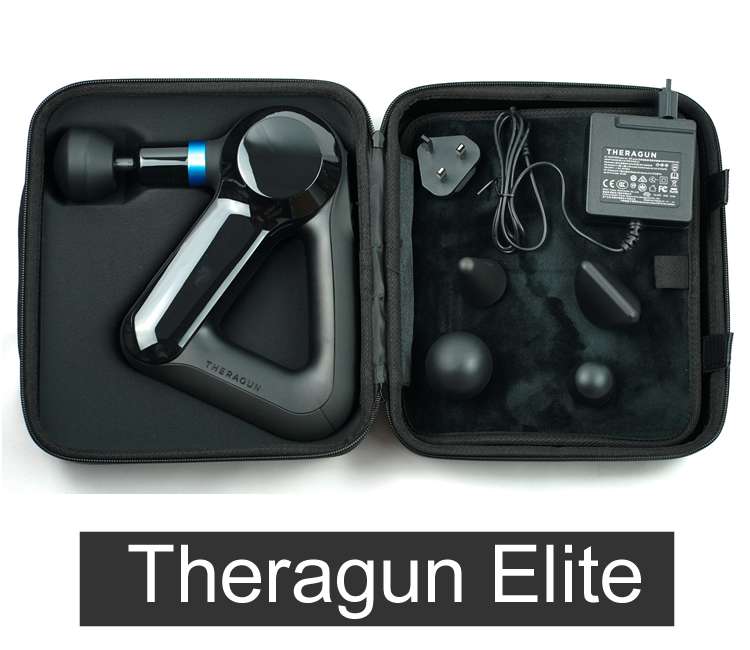 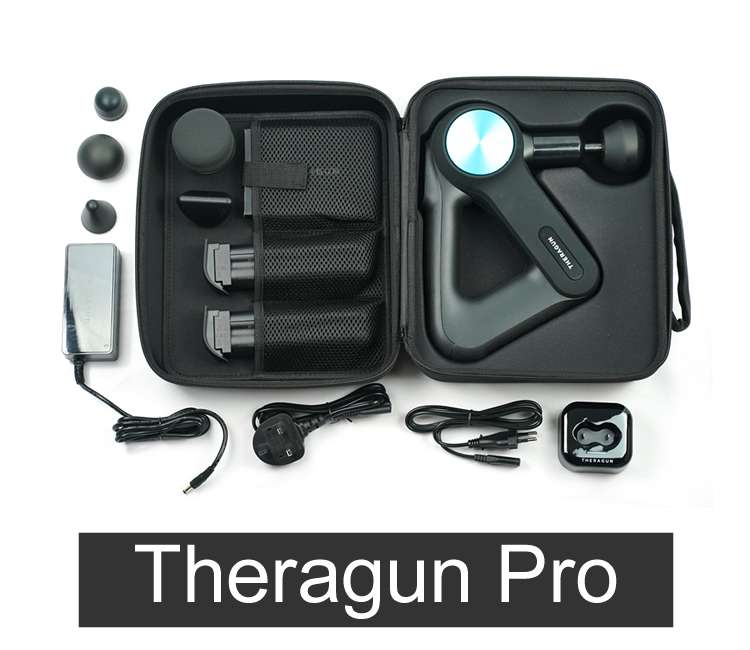 In terms of functionality, the two massage guns have almost nothing in common. The devices have the following five power levels:

Unfortunately, the frequency spectrum is quite low. Other massage guns are usually in the range of 1,500 to 3,200 strokes per minute. Nevertheless, the differences between the individual levels are clearly noticeable.

On a more positive note, both devices can be connected to a smartphone via Bluetooth. The Therabody app can then be used to set individual numbers of strokes in the range of 1,750 to 2,400. In addition, predefined massage programs can be called up.

The amplitude of 16 mm, as well as the powerful motors of the two massagers, ensure an intensive massage that can also reach the deep tissue. It should be mentioned here that the Pro has a slightly stronger motor than the Elite.

In addition, both massage guns from Therabody have a pressure sensor. This shows on the OLED display how hard you press on with the massage gun. 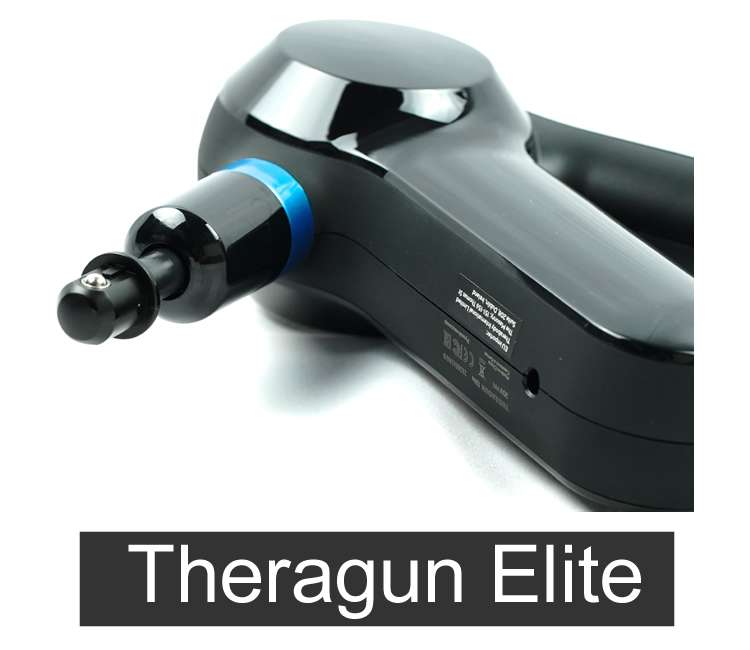 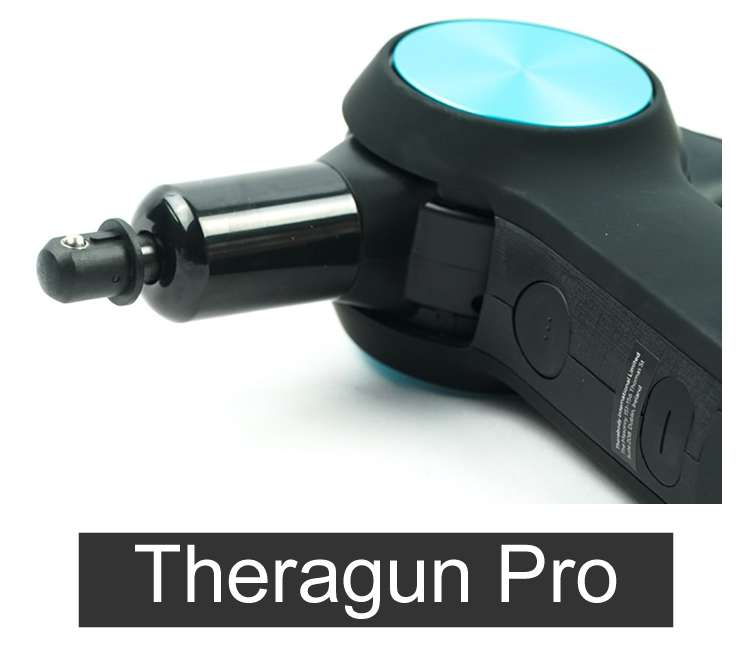 When it comes to usability, the two massage guns are not only similar but even identical.

Both the Theragun Elite and the Theragun pro have a large button. The massage gun can be switched on and off by holding this button. Around the button are four smaller buttons. Two of them (“+” and “–“) can be used to switch through the different power levels. The other two buttons (“<” and “>“) can run preset programs.

This makes operation a bit more complex than with most other massage guns, but it’s child’s play after a short familiarization period. 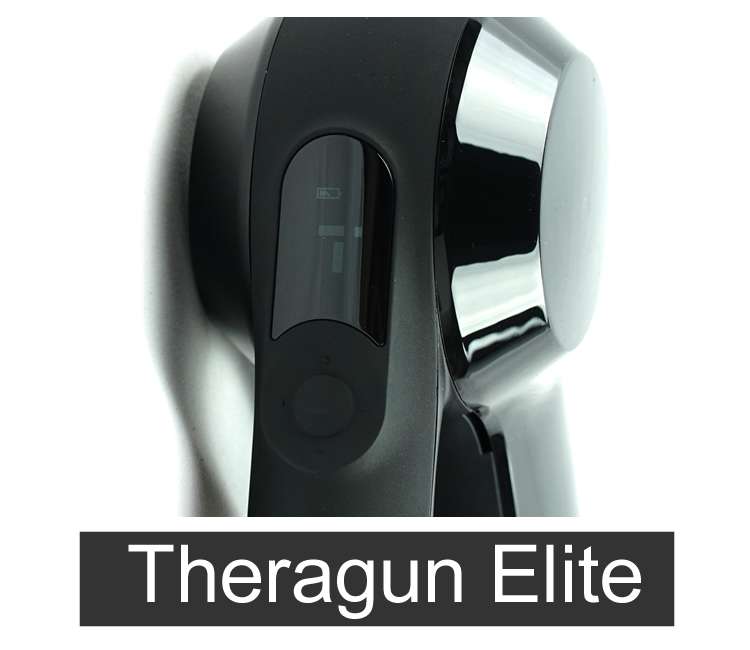 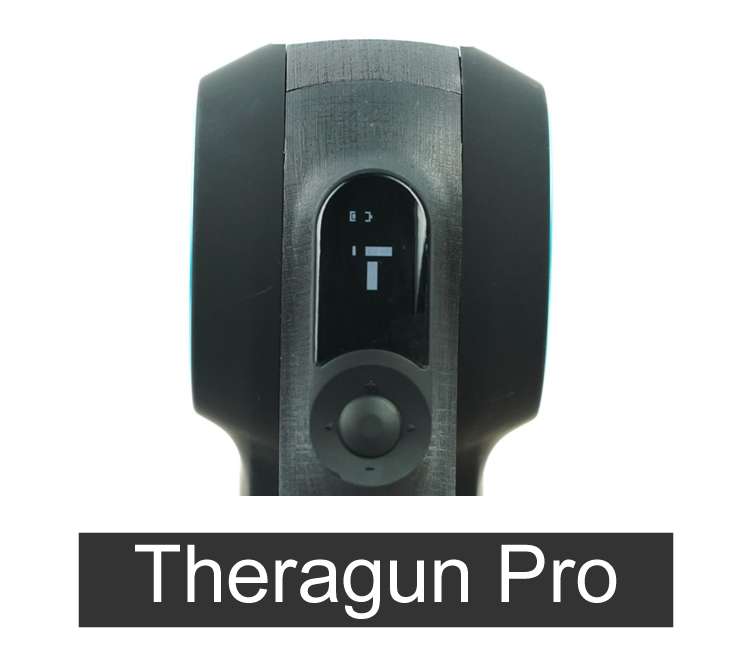 The Theragun Elite and Pro also have nothing in common when it comes to handling. Unfortunately, both massagers have a very high weight. The Theragun Elite weighs 2.26 lbs (1,024 g) without the attachment, and the Theragun Pro even weighs 2.91 lbs (1,319 g). Although the Elite feels heavy, the Pro is still quite a bit heavier. Use is correspondingly strenuous during longer massages. The slim handle, which is very easy to grip, is only a small consolation. 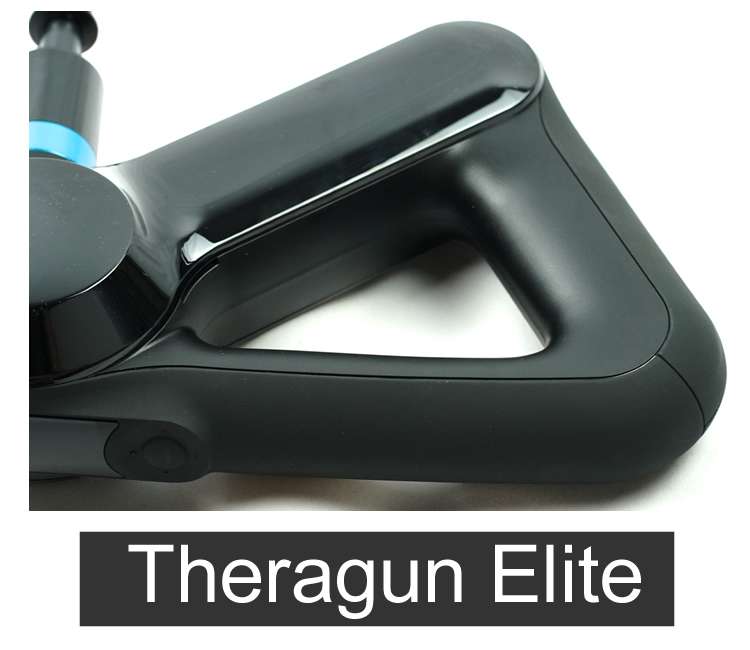 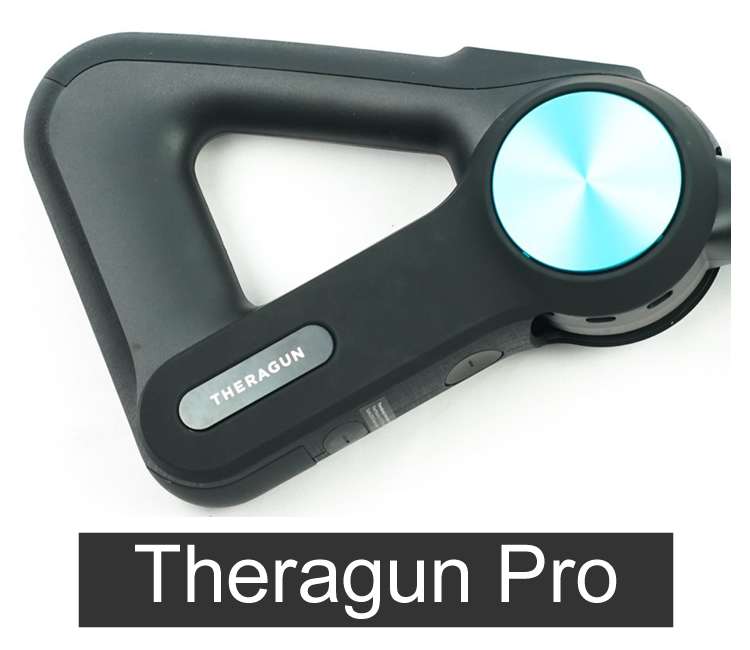 At least the Theragun Pro has an adjustable arm. This at least improves the handling a bit. Finally, the massage gun can thus be adjusted for massaging different muscle groups. 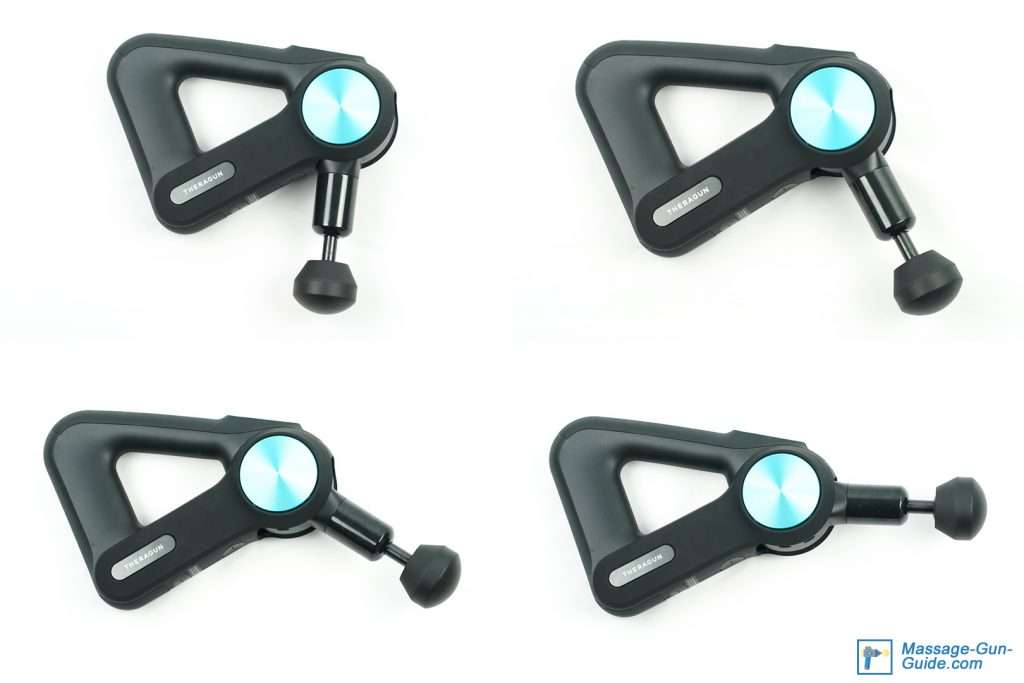 As already mentioned, the Theragun Elite has a fixed battery for power supply. The Theragun Pro, on the other hand, has a replaceable battery and comes with a spare battery. This is a great advantage. After all, the entire massage gun does not have to be replaced if the battery is defective. In addition, the Pro can be operated with one battery while the other is charging.

Battery life, on the other hand, is quite similar for both massage guns, with the Pro running a bit longer.

Charging also works about the same. Only the charging method differs: the Theragun Elite is charged with a charging cable and power adapter. The Theragun Pro’s batteries, on the other hand, can be conveniently charged via the included charging station. 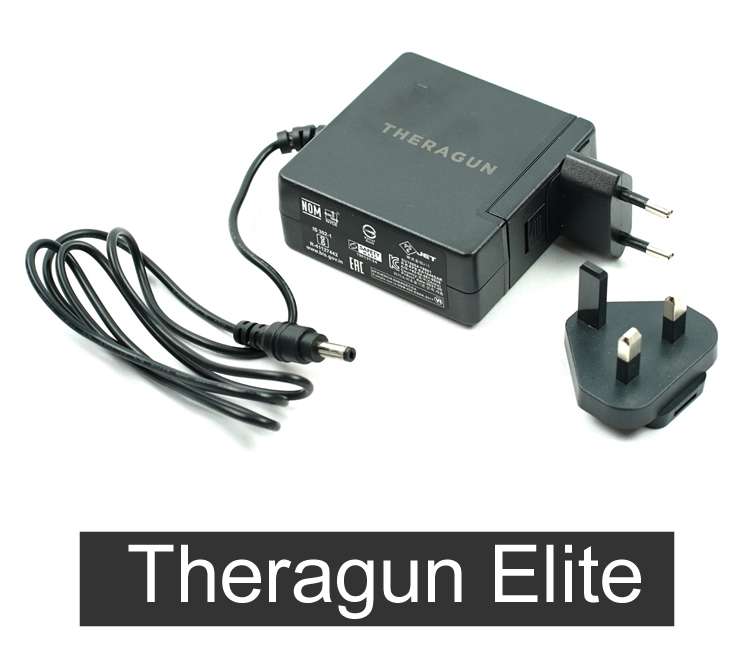 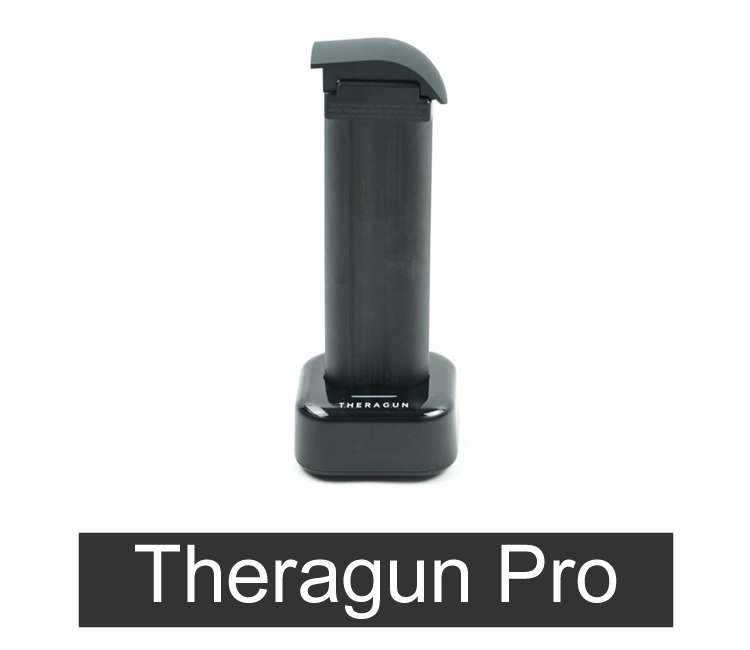 In my massage gun test, I measured the volume of both massage guns from a distance of 40 cm.

I determined the following noise levels for the Theragun Elite:

With the Theragun Pro, on the other hand, I got the following values:

As you can see from the values, the Theragun Elite is slightly quieter than the Theragun Pro. However, this difference was hardly noticeable for me in my practical test. The reason for this is that both massage guns are simply very loud. This is especially noticeable at the highest levels. Here, the noise level is hardly bearable at close range. Therefore, both devices are rather less suitable for use for relaxation or in quieter environments.

In terms of material and workmanship, both massage guns have absolutely nothing in common. Both the Theragun Elite and the Theragun Pro belong to the absolute upper class in terms of quality. The only thing that bothered me was that there was lubricant on the stroke. You can quickly smear yourself with it. 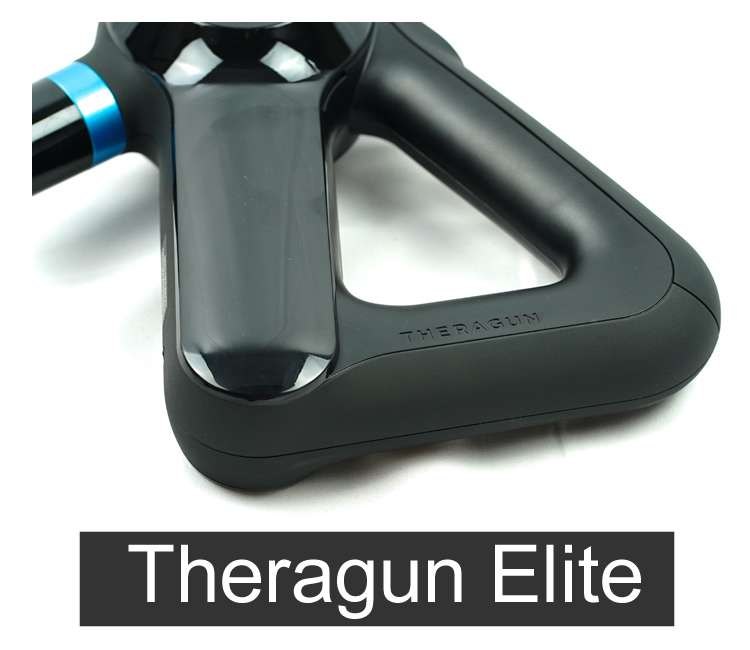 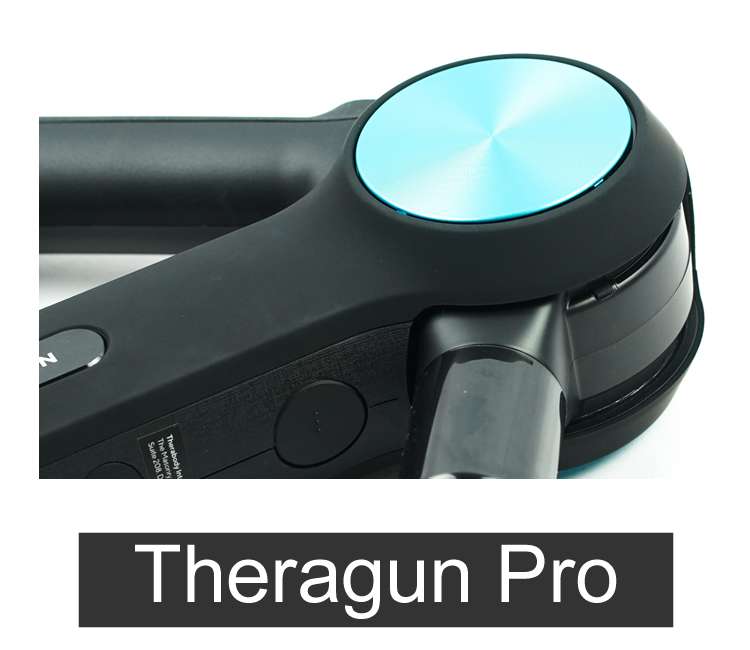 I can’t find anything negative about the smell either. Cheap massagers often smell like chemicals or rubber. The two models from Therabody, on the other hand, simply smelled “new”.

Overall, both Theraguns are very expensive massage guns, even if the Elite is slightly cheaper than the Pro. Evaluating the price alone, I can’t recommend either of them accordingly.

Both Theragun Elite and Theragun Pro are very powerful massage guns from the Therabody brand. They have identically good usability, similar quality, and almost the same strengths and weaknesses. For example, both devices are very loud in operation.

In addition, there are the following differences:

In summary, the Theragun Pro is slightly better than the Theragun Prime. However, it also costs a bit more. In the end, you have to decide which strengths and weaknesses are important for you and whether the Theragun Pro’s higher price is worth it for your needs. 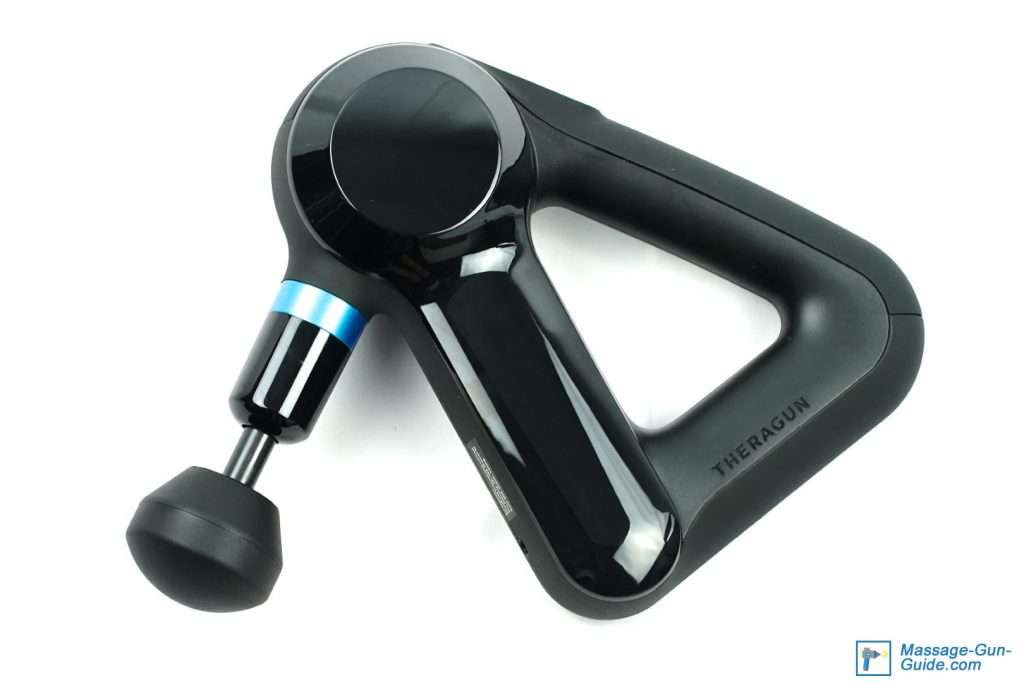 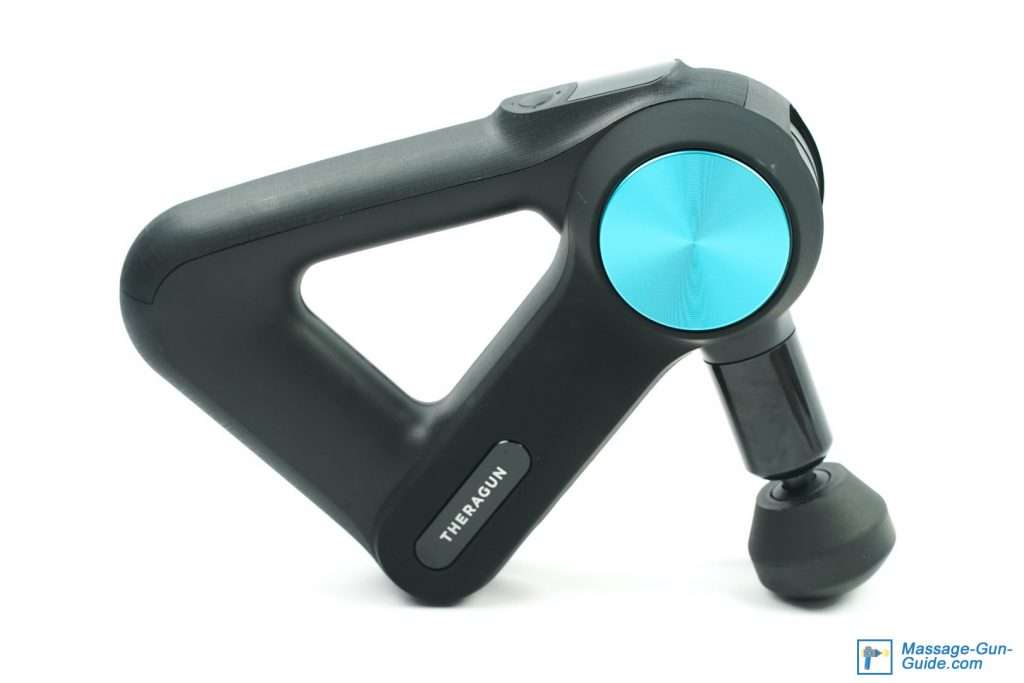 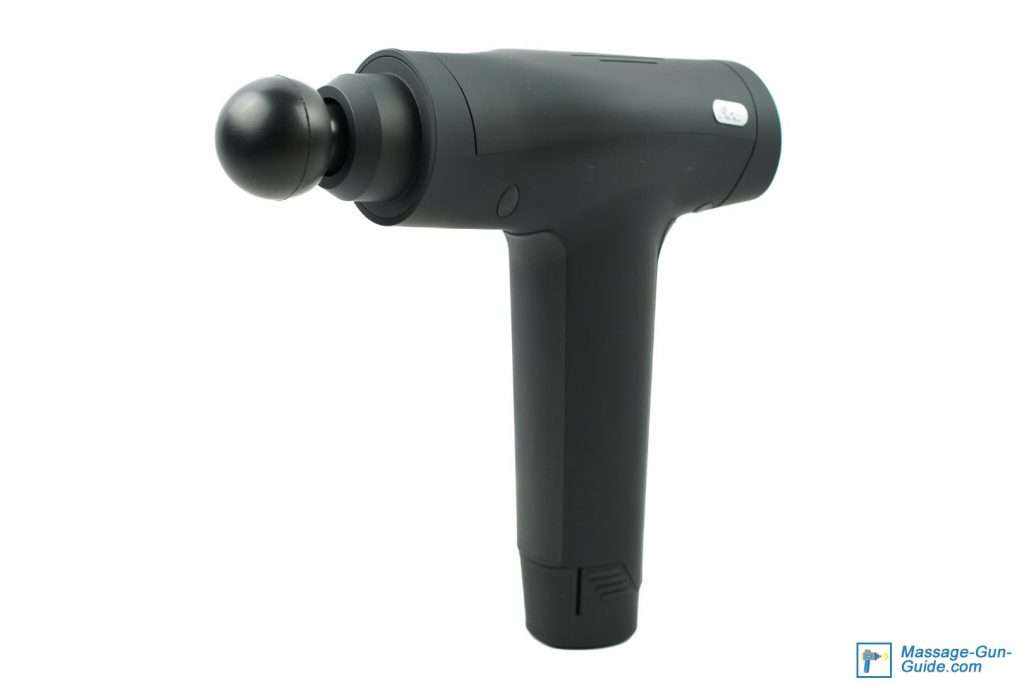 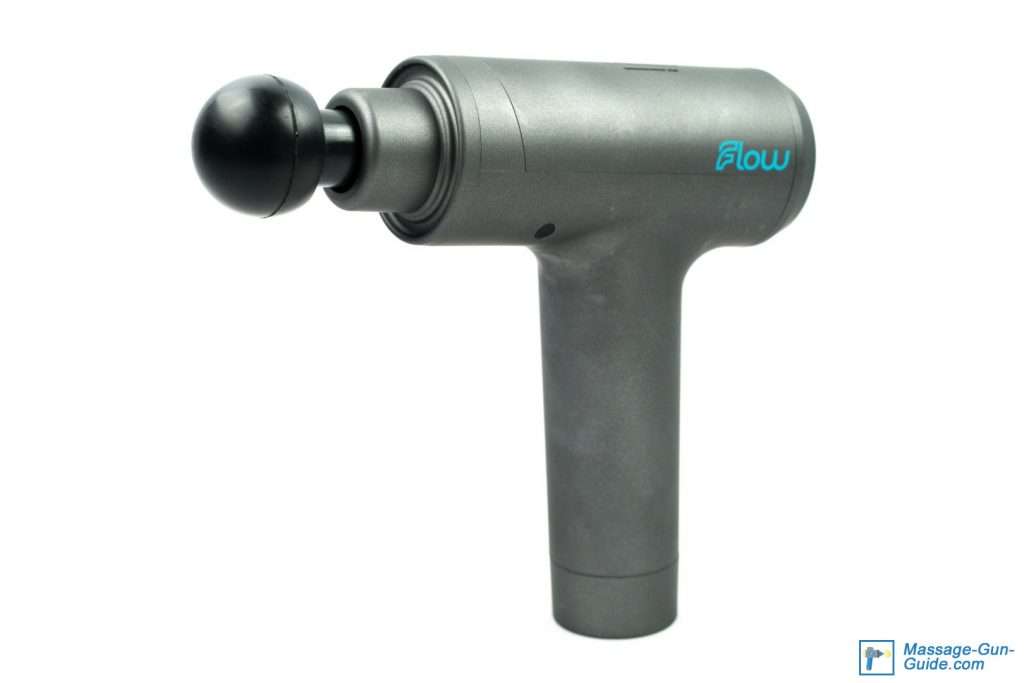